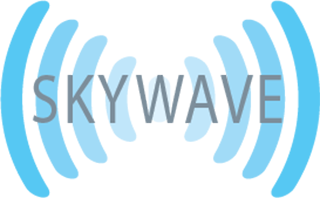 Back in 2003 – before Facebook, Twitter, YouTube or iPhones – Skywave Broadband was formed with a simple vision: that wireless broadband would be the dominant “last mile” solution for Internet-enabled devices in the years to come. Sensing this seismic technology shift, local boys Matthew Ganote and Joshua Beil left Silicon Valley and returned to Hawaii to co-found Skywave, joined by CTO Rob Jenkins.

Over the past two decades, Skywave has been a leader in the delivery of WiFi solutions throughout Hawaii and intimately involved in the evolution of the business of WiFi. For a number of years, tourists (and locals) would pay for WiFi connectivity, but we knew this wouldn’t last especially as cellular data speeds increased. That’s why we evolved the business to become primarily private label WiFi and WiFi advertising.  We were pioneers in developing customized and branded slash pages for businesses like Coffee Bean & Tea Leaf and Jamba Juice that tied WiFi usage to purchases. Over 10 years ago, we partnered with Hawaiian Telcom to offer Skywave WiFi to all DSL customers as well as to make DSL businesses a managed hotspot. At the same time, Hawaiian Telcom’s MDU division saw the importance of having WiFi in the common areas of buildings.

Working closely with Hawaiian Telcom, we have built out the largest meshed WiFi network in Waikiki and have a WiFi footprint of over 250 locations throughout the Islands, including some of the most prominent MDUs in Honolulu. We now offer this existing WiFi footprint to major brands for a customized WiFi experience, as well as offer targeted advertising to the tens of thousands of users on our WiFi network each month.